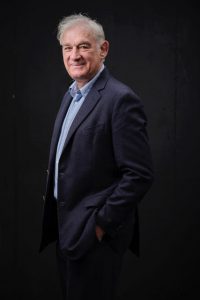 Interdisciplinarity plays an important role in the appointment of Eugène Dubois professors. This is what Tijs Goldschmidt is all about. Next to his biology studies, he followed the evening course at the Rijksakademie van Beeldende Kunsten in Amsterdam. He obtained his PhD degree in 1989 from Leiden University for his research as an animal ecologist / limnologist at Lake Victoria in Tanzania. In 1994 he published his first book about his adventures and misadventures as a field researcher: “Darwin’s Dreampond: Drama in Lake Victoria”. This book was later translated into English, French, German, Italian, Polish, Japanese and Chinese. It was nominated for the AKO Literature Prize and awarded several other prizes in the Netherlands and abroad. Since then, Tijs Goldschmidt has focused more and more on writing about nature and culture. He has published about 10 books on a range of subjects in all kinds of fields of science and art. He received the Jan Hanlo essay prize for his collection of essays “Oversprongen” (Skipped). This autumn, Athenaeum publishers will release his new work: “Wolven op het ruiterpad: Over mensen en andere roedeldieren” (Wolves on the bridle path: about people and other pack animals).

Tijs has delivered many lectures, was invited as a VPRO summer guest, has been a guest curator and a guest writer, and has organised workshops on topics varying from visual art to music and dance.

About the Eugène Dubois Chair

The special “Eugène Dubois Rotating Chair” has been hosted at Maastricht University for a number of years. Every year the appointed chair teaches at the University and gives one or more public lectures via Studium Generale. Due to COVID-19 safety measures, all activities in 2021 will take place in the autumn.