Lecture on 3 October 2022: The Truth about Eve: the Invention of Gender Inequality 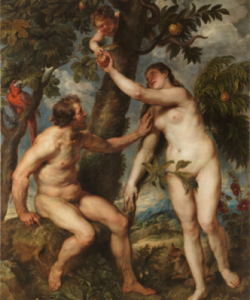 From before the classic Greek period until the early 20th century, theologians, philosophers, and later scientists have predominantly considered women to lack specific qualities present in men, which made them unfit for leadership roles in science, religion or politics. Women have often been uncomfortable with this position, but is their intuition correct, or is patriarchy biologically determined and therefore inevitable? Until the onset of intensive agriculture, the undeniable gender differences in strength did not translate into a systematic power bias. The cause of systematic male domination, patriarchy, was the combination of patrilocal residence and private property, which enticed powerful men to amass and pass on wealth. This structure subsequently became codified in law and religion. Patriarchy is therefore not an inevitable product of our biological heritage.

Carel van Schaik is a Dutch primatologist and bestselling author, known for his Sexual Selection in Primates: New and Comparative Perspectives and The Good Book of Human Nature. Together with Kai Michel, he reflects in his most recent book The Truth about Eve, on two million years of human history.