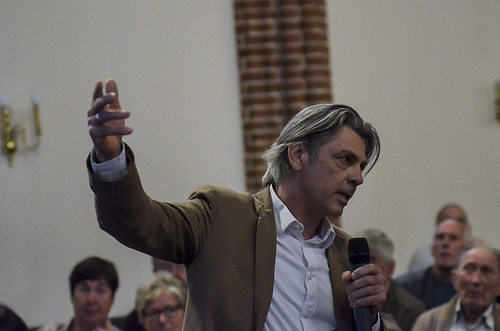 When we think about the migration of Homo Sapiens out of Africa we imagine world maps with large curved arrows suggesting that our species set out on an epic journey to conquer the world 70.000 years ago. Prof. Philip Van Peer, however, warns us that the reality was probably not so straightforward. He would like us to stop using the word migration altogether. For the hunter/gatherer there were no continents or frontiers and the advance of Sapiens was slow and merely a logical consequence of his search for natural resources, especially flint stone.

Prof Philip Van Peer is Professor of Prehistoric Archaeology at the Catholic University of Leuven. He did Palaeolithic research in Northern Africa, in the lössgroeve Kesselt-On Schans to the west of Daalhof (2006-2008) in Maastricht and is currently working on a Stone Age Project in the eastern valley of Flanders (2014-2018).